How to spot structural problems in residential property blocks 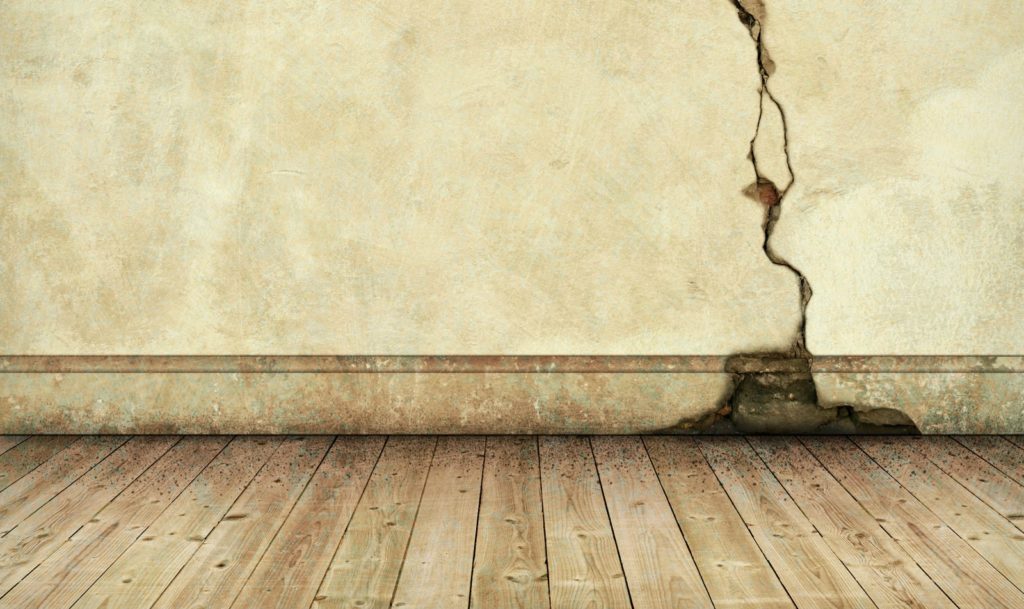 How do you know whether your building is showing normal signs of settling, or sinking dangerously into the earth on which it’s built? It’s a fine line, and as a landlord it’s well worth being able to spot the warning signs. If you manage a property or properties in a residential block, then not only are its maintenance and ongoing safety of paramount importance – they are your responsibility.

What are the different types of structural problems?

Any structural issue is an urgent and serious problem that can have dangerous implications for a building, so it requires constant attention if it becomes evident.

When the ground on which a property is built collapses or subsides, it can take the foundations of the building with it, compromising the whole structure and causing one side of it to sink.

This causes major cracks to appear and puts the entire building at immediate risk of collapse. Subsidence can happen to buildings of any age, as it is a problem resulting from the ground and soil itself rather than any structural fault.

What are the causes of subsidence?

Any change in the texture or makeup of the ground underneath your property can cause subsidence. While there are a number of reasons why this may occur, weather is often a major factor. Excessively hot and dry spells can cause the ground to subside and crack as it loses its moisture, especially if your property is built on clay. Equally, large amounts of rainfall can wash away soil and soften the ground to such an extent that it loses its integrity.

Other causes of subsidence include nearby plants and trees – when these are too close to a building, their roots can grow underneath it and suck the moisture from the surrounding ground, causing it to become too dry. Leaking drains can have the opposite effect, flooding the soil with too much water.

When the ground underneath all or part of a property begins to expand or move upwards this is known as heave. It can cause significant damage to a building and is often linked to changes in moisture levels in soil.

What are the causes of heave?

The most common reason that heave occurs is the removal of nearby trees or other vegetation, which causes the ground to gain moisture and swell. While ancient trees which predate a building can often be perceived as causing it damage due to extending roots, the removal of trees like this can cause bigger problems as trees regulate the moisture levels in soil. Over-wetting of soil due to leaking drains can also cause heave.

The term landslip refers to the gradual or sudden movement of soil on a slope. Landslip is usually caused by nearby works which undercut a slope, removal of walls, redirection of a water channel or the overloading of debris at a higher point.

What are the signs of structural problems in a residential property block?

Cracks are the biggest indicator of structural problems, but it is important not to assume that all cracks are evidence of a serious issue. Hairline cracks occur in walls as a normal part of a new building’s settling process, as walls naturally swell and shrink slightly according to temperature.

However, more prominent cracks are a sign of serious problems. Cracks are likely to be caused by structural problems if they are:

There are other signs to keep an eye out for:

Any one of these signs of structural problems is a cause for concern and should be investigated thoroughly without delay. As a landlord you should carry out regular inspections of the exterior and interior of the property in order to spot them before they become a problem.

What to do if you suspect structural problems

If you think that your property may be suffering damage as a result of structural problems, you should contact your landlord insurance provider immediately to see if these issues are covered. The first step will be to have a qualified surveyor visit the property. They may decide that the best way forward is to closely monitor the building for a period of time without yet taking action, rather than taking immediate invasive action which could risk further damage to the structure. The foundations of the building may also need to be closely investigated and soil samples might be taken.

How are structural problems fixed?

If the cracks are deemed severe enough to need action, underpinning is the most common solution to structural problems. This is a process which reinforces the structural support of the building’s foundations in order to strengthen them.

In more extreme cases, partial demolition and rebuilding may need to take place in order to ensure the building can continue to be safely occupied.

Yes, all cracks which are severe enough to be considered structural problems are serious and could compromise the safety of a building and create a risk of catastrophe. If you spot cracks which are less severe than those described in the list above, these are generally deemed hairline cracks and are put down to plaster drying and the building settling.

Paying for repairs and Insurance

The cost of fixing problems is not only dependent on factors such as the type of structural problem, the size of the building and its age, but on how early you have spotted the signs and how extensive the damage is.

Your Buildings Insurance will more than likely have this as a covered item and pay for the repairs.

Going forward you may find it difficult to sell the property, and also will pay increased insurance premiums.